The excavation company, Wades Excavating, completed the structural pad yesterday.  A day ahead of schedule and a day quicker than the original time estimate.  They trucked 34 tandem loads of blast rock to fill the hole for the house and rolled it in with a vibrating roller to pack it down.  The site was inspected by a geotechnical engineer that will now provide a slab certificate that says its good to build on.  The depth of the hole was very deceiving and I realize that, in such large quantities, fill cannot be estimated visually.  So keep in mind that structural fill will really chew a hole in the excavation budget if you ever decide to build on a sloped lot.  A 4' drop over almost 80' is enough to add a significant cost increase to your home.

With the pad in place, we now have a good solid foundation for the house.  Parts of the pad will have to be dug down in the back for footings and to facilitate our grading plan.  Tomorrow I will be calling the well driller to have a look at the proposed position of the well.  If he thinks he can fit the drilling rig between the house and the trees we'll be ready to move ahead...otherwise we'll be waiting for several weeks for the well to be drilled before we start the foundation.  The build is about 2 weeks ahead of my original proposed timeline so we have some time to play with but I know that other things will pop up.  So if we can keep the momentum going, we'll be in better shape later. 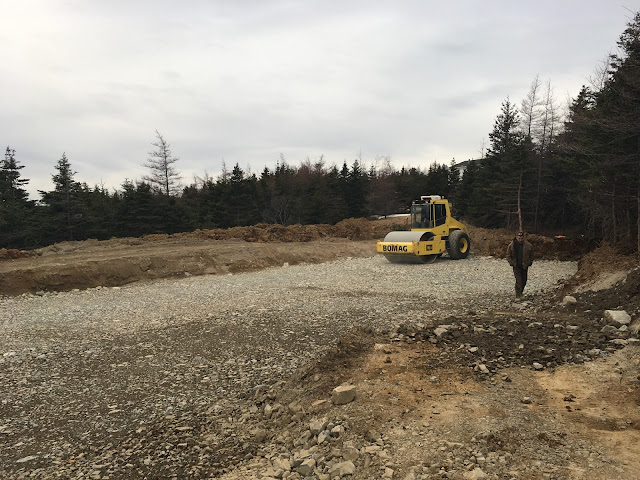 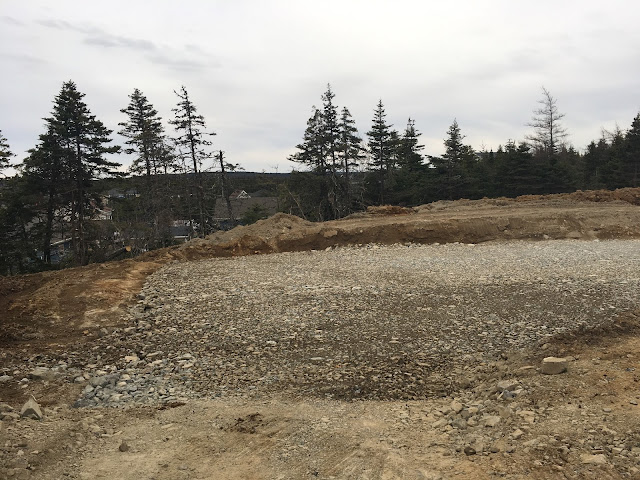 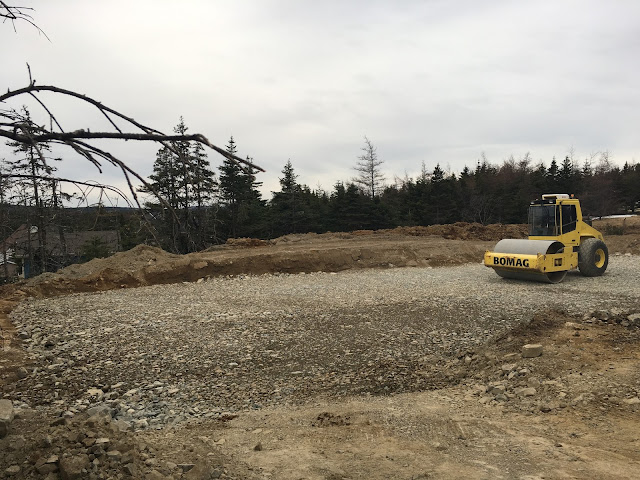