Digging Myself a Hole...For a Passive Solar Greenhouse!

The proposed location for our greenhouse is absolutely perfect.  It is a south facing hillside.  This will allow us to put a foundation into the hill and use the natural shape to berm the north wall to about 4-5'.  The east wall will be mostly bermed but the west and south walls will only partially be buried.  This works out great since I can build a knee wall on the south side with anywhere from 2-4' of vertical glazing and also have glazing on the roof.  Vertical glazing works well in the winter since the sun is low in the sky (about 20 deg above the horizon.  A variety of glazing angles could work but ideally one would try to set the glazing angle to be perpendicular to the incident sunlight in the winter.  Of course this is also a matter of design, aesthetics, and whether or not it can be easily constructed.  Some designs will just not work that well here.  For example a walipini seen in Picture 1 would need some major modifications in order to work in our climate. 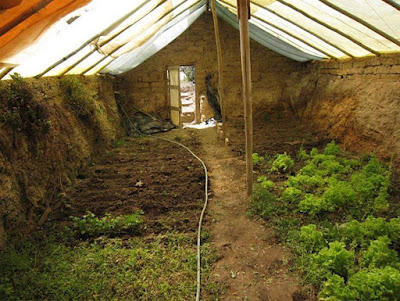 It is so deep under ground that the south side would be completely under the shade of the knee wall in winter (at our latitude) but would work better for more southerly locations.   Even with steep glazing for capturing the winter sun, there are other issues.  Frost in the surrounding earth is a major heat sink and it would need some insulation to combat the cold.  Check out the plots in Picture 2 and 3.  Picture 2 illustrates the number of freezing degree days across Canada.  The Avalon Peninsula is somewhere between 500 deg C days to 1000 deg C days.  The calculator at https://www.degreedays.net/, calculates and average of 490 deg C days over the past 3 years.  Normally, the frost depth based on freezing degree days can be estimated from the plot in picture.  Fortunately for us, were not even on the plot!  The data does exist however in tabular format at http://www.urecon.com/applications/municipal_ambient_below.html.  For our index, the frost depth is about 0.75 m or 30". 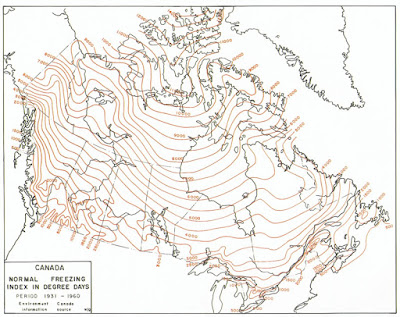 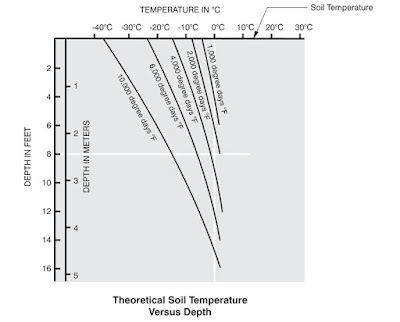 Picture 3.  Soil temperature as a function of depth  based on the number
of Freezing Degree Days.

with frost 30" below ground, the foundation will need some insulation.  There is no doubt about it.  R-8 may be enough with the earth bermed walls.  I have most of my plans on paper but still have to choose between several designs that would work.  Each has a combination of aesthetics, functionality and ease of construction associated with it.  Ideally it would be best if it was easily constructed so I could do most of the work without needing too much help. This is a major driving factor here.  Making headway is much easier when you can be self sufficient.   Each design has been modelled in HOT2000 and is showing anywhere from 700 to 1000 kWh to heat during the winter in order to maintain 5 C.   It is less than 500 kWh if I just want to keep it above freezing.  All of this being said, the foundation for each design is the same...onwards and upwards!

Placing a greenhouse on top of the ground is like changing the climate above the ground where it sits which affects the average yearly ground temperature at the greenhouse location.  I seem to recall reading somewhere that the length of the growing season in an uninsulated greenhouse is similar to the length of the outdoor growing season in 1 climate zone south.  So for us, the length of our growing season (Climate Zone 6a) in a greenhouse would be about the same as the length of the outdoor growing season in (Climate Zone 5).   The effect is a combination of things.  First,  the temperature of the greenhouse will typically be greater than outside, and secondly, some of the heat collected by the greenhouse conducts into the ground inside the greenhouse providing thermal mass that resists freezing.   Below grade, Wing insulation will extend out from the structure about 8' all the way around at R-8.  The thermal resistance of the ground is highly variable and dependent on its many individual components.  An estimate of 0.25 is a fairly conservative.  So R-8 insulation will be equivalent to about 2.6' of earth.   Once the earth is bermed on the north side, the bottom of the greenhouse will be effectively at about 8'.  The south side will effectively be at about 4'-5' deep so the thermal mass below the greenhouse is definitely protected from the winter frost and will provide a hugh thermal mass for cruising through the winter months.  As a protective measure, a vapor barrier attached around the foundation will run out to the perimeter drain like an umbrella which will divert water from stripping heat away from the thermal mass.

Storing heat for use at a later time is not easy.  Heat moves.  It always travels from hot to cold.  but this can be used to our advantage.  The greenhouse is really just a large solar collector.  Most people who own greenhouse know that it can get so hot that plants will die so the heat must be vented.
Our greenhouse will also have vents when needed but I want to increase the sphere of influence of the underground thermal bubble by charging the ground with a climate battery.  A climate battery is really just a system of ducts below ground.  You use a fan to push hot air from the peak of the greenhouse underground.  The air looses heat to the ground and cools before it exits back into the greenhouse.  My plan is to insulate the ground partially above the battery so that the heat conducts mainly downwards into the cool earth rather than back into the greenhouse.  As the greenhouse begins to cool in the winter, it becomes a heat sink and heat from the ground will move towards it and keep it from freezing inside.  This idea is not new and has many names:  Climate Battery, GAHT, SHCS, etc.  These are a little different than what people call annualized geo-solar.  Once the system is up and running it will behave like a combination of a climate battery and an annualized geo-solar system.

Site work was a gruelling task.  I spent my spare time in april clearing trees, windfall, stumps, twigs, brush and chipping all the piles of debris  (Picture 4 shows the cleared lot).  Luckily I have several cubic meters of wood chips that I can use for composting later. So the hard work paid off with a clear site and lots of chips.  I hired Wade's excavating and Septic Services to take the grubbing away and prepare the site.  Once the site was ready (Picture 5), I marked out the foundation, perimeter drain, and the location of the climate battery.  It took about a day to install all the components (Picture 6,7).  Another day to tamp the area for the concrete footing.  Ready for footings! 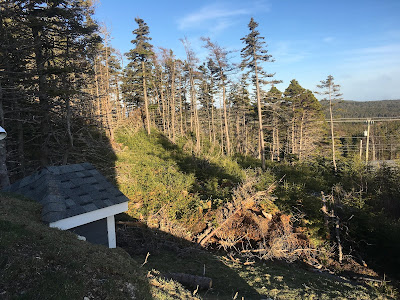 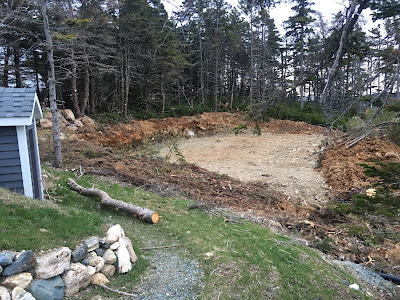 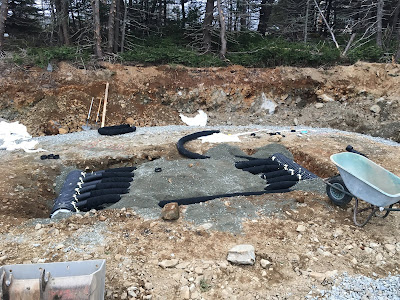 Picture 6.  SHCS installed and being backfilled. 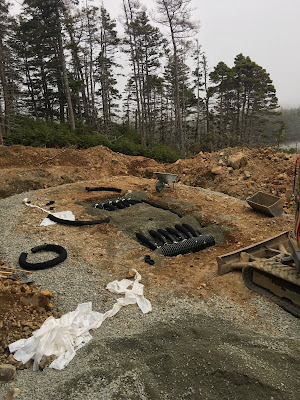